Hunched posture is more than just a cosmetic deformity! It commonly starts with a forward head posture (see my blog on ‘text neck’) and then affects the upper back, as well as the lower back. Eventually it is a whole body collapse against the unrelenting gravitational forces.

The health effects of hunched posture, aka hyper-kyphosis, were assessed by

Dr. Deborah Kado, MD (UCLA) and colleagues and published in the Journal of the American Geriatrics Society in 2004. Kado examined 1353 persons aged 45-98 for hunched posture. These researchers measured hunched posture as the number of 1.7cm blocks necessary to place under a persons’ head to allow them to lay on their back with a neutral head position with upward gaze (without extending their head backwards). Follow-up exams were done on the survivors (267 persons died) an average of 4.3 years later.

Hazard rates statistical methods determined that for the whole group, hunched persons (requiring at least one block or more) had a 44% greater chance of dying than non-hunched persons. The more blocks that were necessary to use showed a greater chance of dying (1.25x risk for one block, 1.56x risk for two blocks, 1.50x risk for three blocks) as compared to having good posture. [Although there appears to be a slight better chance of living having 3 or more blocks than requiring only 2, the difference is small, albeit it may show that some individuals can adapt to worsening posture better than others – then again, they were still 50% more likely to die!]

Risk & Cause of Death from Hunched Position

Obviously this may be new information for you. In fact, chances are your medical doctor will not have heard of this information either – when’s the last time they checked your posture?! This is one of the reasons why you need to take the responsibility of health into your own hands and educate yourself on what is actually important to achieve and maintain your health. Posture is certainly a central pillar to your health! (See my book: Shotgun to Health).

Call to book your spine and posture check-up now!

Treatments which are reliable & efficient 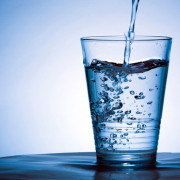 Water – How much should you drink?

Personal training newmarket: Things to anticipate from your professional!

Power Plate – What’s all this hype about?

Treatments you can rely on

Useful tips on how to enjoy personal training sessions!
0 replies

Want to join the discussion?
Feel free to contribute!